It’s hard to believe that it’s been nearly five years since our thirteen year old Abi came home from school with concern that a friend had noticed a bald spot on the crown of her head.  I suggested she loosen her basketball pony tail. 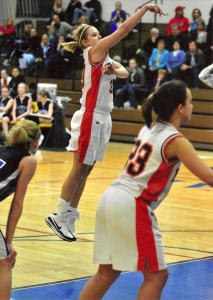 It was only a few short weeks until we realized that we were dealing with an autoimmune disease called alopecia areata.  Abi’s immune system had decided that her hair was some sort of enemy causing her hair follicles to release the hair.  The reality that our teenage daughter was headed for baldness placed me on a road that has held my greatest grief and my greatest blessings.

There are several reasons for female baldness, some of them with much more serious underlying causes than others.  This letter to you is not about what caused your baldness.  I couldn’t and wouldn’t pretend to understand your journey.  I won’t even write FOR my Abi so I certainly wouldn’t presume to write for you.  I can only tell you what I have learned along the way in hopes that some of what I have learned may comfort you.

Watching Abi lose her hair grieved me more than anything in my life to this point.  It is my second greatest regret in my parenting of her.  I was a mess…for a long time.  Depression and grief settled over me like storm clouds in the Florida summer.  Just about the time I felt like I could breathe, another storm came.  And another.  And another.

Adding to my grief were well-meaning friends who questioned whether some of our parental decisions contributed to her hair loss.  Really?  It was during these days that Job 13:5 became my life verse.  You can make it yours if you need to.  It’s a good one.

We then found several resources for hair pieces.  The learning curve with wigs was extensive.   Abi did finally get it conquered, but it was never something she preferred.  Either the tape was messy or the lace was too loose or the vacuum gave her headaches.  So she moved to cute bandanas.  And then to bald.

That’s the day I realized how stunningly beautiful she is.  She had nothing to hide behind.  Her eyes became more beautiful.  Her smile lit up the room.  She carried a confidence that very few women possess.  I sure don’t.  And it’s all pure beauty.

I began realizing that when I encountered a bald woman I was studying her beauty.  And it’s true of you if you are bald.  You.are.beautiful.  It’s one of the most consistent thoughts I have.

You may never be comfortable walking out in public bald.  It’s okay.  Just know this; you are still beautiful even if you only choose to be bald in private places.  Beauty is beauty wherever it is displayed.

Lindsey’s mom was mostly an acquaintance in college; an acquaintance who has become a treasured friend.  Cheryl saw my early, vague posts about Abi and privately asked if Abi had alopecia.  I learned that Lindsey’s alopecia surfaced when she was just eighteen months old.  And Lindsey spent every day covering her head with hair…until she gave birth to a beautiful daughter of her own.  That event made Lindsey realize her true beauty.  For Lindsey it became about being exactly who she is so that she can teach her daughter to grow and be exactly who she is.  There is beauty all over that.  Not right or wrong, just beauty.

Or you may decide to be like our Abi.  Just out there.  She often says, “My hair does not define me.”  And she lives that.  Jesus defines her.  Let’s talk about beauty!

So here it is in a nutshell.  No woman ever really believes the “It’s just hair” line. (No pun intended.)  It isn’t “just hair.”  It’s YOUR hair.  Female baldness is a very big deal.  It means something, somewhere is wrong and it reminds you of that truth every single day.

But another truth is that your beauty does not lie in your hair or lack thereof.

Your beauty is in eyes that allow us to see into your soul.

Your beauty is in a mouth that speaks blessing.

Your beauty is in a smile that spreads joy. 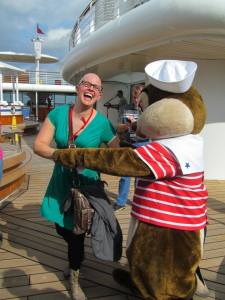 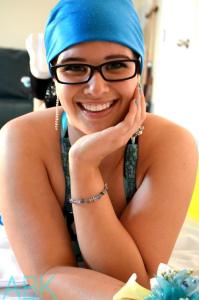 Still don’t believe me?  Then at least trust me on this one bald female…

Sincerely grateful for your inspiration,

Join 447 other subscribers
Follow My Life in Ink – JoAnne Hancock on WordPress.com