It’s been a while since I have written a blog. When the life lessons I am learning include a story that is not mine to tell, I cease telling my stories. As a result, I have been “missing in action” from My Life in Ink. But…I’m baaack!

Tim and I have spent nearly 5 years in beautiful Winter Haven, Florida; the home of spectacular lakes & skies, Andy’s Igloo… 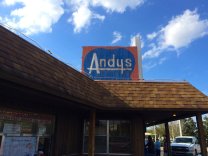 …and beautiful people we have learned to love like family. These have been some of our best years.

About a year ago, we learned that our pastor would be retiring. Since Tim is a staff member, we knew that meant change for us. It’s how our church polity is written and we have been around long enough to know that it is often for good reason.

I am wired to feel angst every time there is change. It’s a gift my mother gave me. My friend, Chawn, has moved to India twice and embraced the opportunity both times. I’ve often wished I had more of that in me. I don’t.

As the year progressed, we had opportunity to consider moves to Texas, Tennessee, Arizona and staying here after all. Each one of those had things that enticed us. Some had things that scared us silly. All were prayed over.

What took us most by surprise was a call in July asking Tim if he would interview at a church in Lakeland, FL. Because we had decided that we would walk through any door God opened, Tim said yes. A couple of weeks later, we met with a search committee comprised of five people. The connection and comfort I felt was immediate…a bit of a shock given my introverted nature. The interview went well and they invited us back to meet with their church board a week later.

If you know us at all, you know that our parents are heroes to us. Three of them have gone to heaven. Their prayers over us and love for us are so often missed. Tim and I lamented on several occasions that we wished our dads were around to give us guidance as we sought to hear God’s plan for our future. God was always so faithful to speak through these two Godly men. 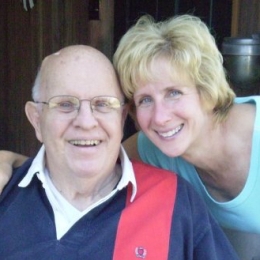 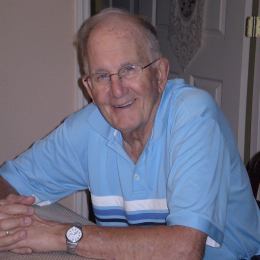 Dad Hancock
My in-laws were lovers of Florida. They came here on vacations, owned a time-share on Sanibel Island and became residents within minutes of retiring. The sun, the beach, the golf course all spoke to John and Venita.

My parents, on the other hand, never felt the draw. They both like(d) the sun, but they also like(d) the beauty of a crisp fall and a snowy winter. (I have no idea how I came out of a winter-loving home.) The heat and humidity? Dreadful in their book and not worth any of the good trade-offs. I remember one vacation to Florida. Otherwise, we saw the beloved ocean from the Jersey shore, close to their eastern PA roots.

My mornings include a commute. It’s a daily opportunity to talk to my sweet mom. The day before our board interview, she was telling me that her vision had been blurry the day before and it was causing her trouble as she tried to read her Bible. She remembered that my dad had had a large-print Bible so she looked until it was found.

You never know what you might find inside a pastor’s Bible. Tim’s dad wrote all over his Bibles. They are fascinating treasures. My dad, on the other hand, wrote on papers that he left in his Bibles.

That morning my mom stumbled onto several message outlines in my dad’s unmistakable handwriting. They were from the early 1990’s. She decided that she would have devotions with dad that day and began reading through his notes.

My dad never watered down the gospel. He preached the truth of God’s word without apology. Sometimes, it didn’t make him very popular; but, he was always very loved. I believe that deep down we want and need to hear truth. I’m sure it did not surprise my mom to read that dad chose to share from Ephesians 2:15. “Be diligent to present yourself approved to God, a worker who does not need to be ashamed, rightly dividing the word of truth. NEB ‘rightly dividing’ translated ‘driving a straight furrow in your proclamation of truth.’ The Apostle is concerned that God’s word be subjected to sound exegesis, that its correct meaning be properly ascertained.” That was my dad. And that is also my husband; he isn’t afraid to preach unpopular truth. I love him for that.

What did surprise my mom was what her eyes fell on in the bottom left corner of the page from which she was reading. 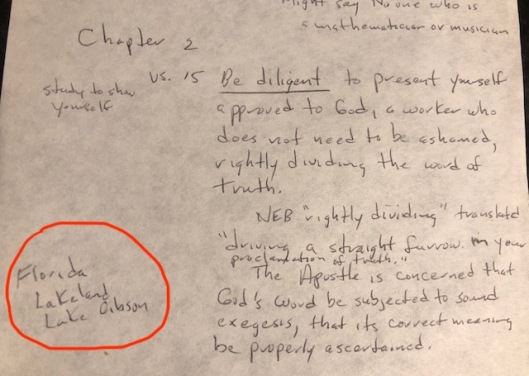 Mom told me that she had never heard of this church before I told her about it four weeks earlier. There could only be one explanation of this coming from the pen of the man who didn’t even like Florida much; he had to have known the pastor at that time…only he didn’t. I checked with that pastor. 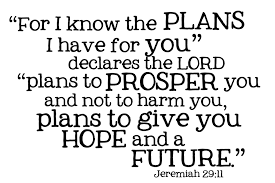 Some things can never be explained and those are often the best things. They are simply “God things.” We are headed to a church that has experienced fresh wounding. I don’t just claim the words of my dad’s pen, from heaven to earth, for Tim and me. I claim them for a precious congregation that we are about to love. I also don’t just claim the words of the Lord to Jeremiah for us; I claim them for a church in North Lakeland who needs the beautiful promise of hope and a future.

Tim’s sister and brother-in-law live in South Lakeland. Every now and then, when we meet them for dinner, we let Dave choose where we will eat. The first time he suggested the hole-in-the-wall BBQ, “Red Top Pit Stop,” we thought it sounded like a good idea. A new place. An adventure. It’s in North Lakeland. As Tim and I drove and drove and drove to get there, I said to him, “Who in the world lives clear up here!” Well….guess what…we’ll leave the light on for you! 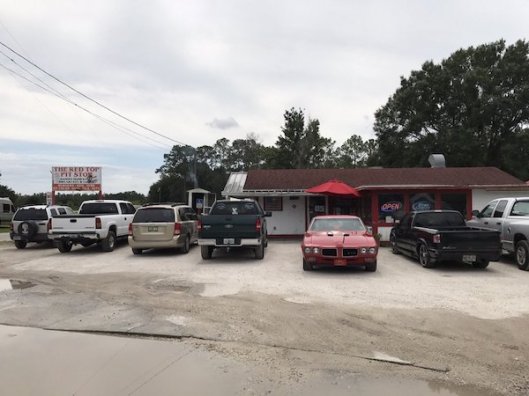