My last post spilled out the gift called balance that I failed to give my daughter.  If I could change that I would.  She’s eighteen.  It’s too late.  My regret has been established.  Her forgiveness has been complete.

However, there are some gifts her wonderful dad and I did give her.  They were hard gifts to give.  She never asked for them.  They didn’t make her popular.  Truth is, they didn’t make us popular either.  We couldn’t be her BFF and give her these gifts.  But we also knew that our vision for her future would never come to fruition without the consistent administering of these gifts.

One of those gifts was obedience for we knew, without it, our daughter would never find true success and fulfillment in life.  And we knew she would never find Jesus without obedience either.  So we had no choice but to embark on the long, arduous journey of teaching obedience.  For, if we erased her chances of finding Jesus, no other parenting successes or failures would have mattered.  The ultimate choice was hers but it was our responsibility to consistently introduce her to Him and to do so without hypocrisy.

So how do we teach obedience?  By modeling it.  By being obedient ourselves. By being vulnerable and honest with our children.

I know, I know.  Abi could not grasp that concept as a toddler and young girl.  So our best alternative was in routinely letting her know that disobedience has consequences. Consequences stink…for the child and for the parent.  But they are unavoidable where disobedience reigns.  The consequences of “young child disobedience” are nearly insignificant compared to the life altering consequences of adult disobedience. Therefore, she had to learn while it didn’t hurt as badly.

As she grew older, we knew Abi was measuring our expectation of her obedience against our own willingness to obey.  She was right to do so for expecting obedience when we ourselves are not willing to obey is a sham.  Teenagers know that.  They aren’t stupid.

Abi’s greatest front seat view of obedience-in-action was when her dad resigned his job in 2013.  It was politically incorrect.  In the eyes of some, it put a stain on his career. It was misunderstood.  For a few it was a victory dance; the details of which we could likely never divulge.  There were even family members who questioned.  To this day it remains our greatest life wound.  And our greatest teacher.

But it was “Jesus obedience” and our girl knew it.  She had been taught to trust and to recognize truth so when her dad told her “If I stay one more day, I will be walking in disobedience” she knew from experience that she had a dad for whom disobedience was not an option.

And here’s where I am in some difficulty over the gift we gave our daughter.  She has chosen to learn the lesson and is practicing obedience.  Jesus obedience.  Obedience that may take her around the world.  Not just mission trips, rather mission life.  Africa. South America.  China.  Inner-city America.

I know there are lost people in million dollar homes and at the Country Club around the corner.  She says Jesus isn’t calling her there. 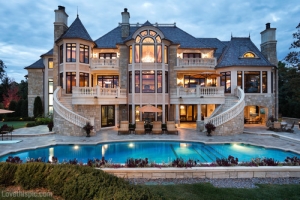 Now, the gift we gave her requires boomerang obedience on my part.  My husband’s got this one.  Me?  Most days are good.  Some days I struggle with celebrating the gifts we DID give as much as I regret the ones we did not give.

But this I know.  Jesus loves her more than I.  My job was to parent.  I chose a great man to co-chair that assignment.

God’s word instructs us to obey.  We taught that.  We modeled that when it was harder than hard.  Now we trust.  It’s our gift to beautiful, wonderful, obedient her and, ultimately, our gift to God. 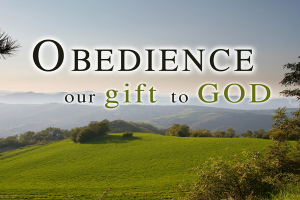