Because my parents had four children in the span of five and a half years, I have really never known life without siblings.  I was number three of four and shared the middle child status with my brother Dave who is not quite two years my senior.  We did our share of fighting as kids but began our “thick as thieves” years when I was a freshman in high school; the year we shared a locker and a lunch table.

It was during the high school years when I also unknowingly shared a girlfriend with him.

I met Annette at church camp and we quickly became friends.  Annette is one of six children who lived with their parents on a farm far from grocery stores, gas stations and youth groups.  Ours, at forty minutes each way, was the closest.  Annette had a mom who always put the needs of her children before her own needs.  And when those needs were spiritual, she was unstoppable.  So, before long, the Tilmant kids were a part of our church and youth group.

Mom Tilmant wouldn’t think of not returning for Sunday evening church so, most Sundays, I was at the farm for the afternoon or Annette was at our house.  Somewhere along the line when we were sharing secrets about boys, Annette’s boy secrets became about my brother Dave.  Ewww. 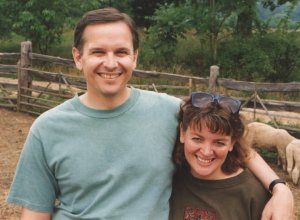 Those were the days I thought he stole my friend.  What I’ve come to realize is that their dating relationship and subsequent marriage was the best insurance I ever had for keeping Annette as my life-long friend.  Dave took my friend and gave me another sister in her place.  And I’ve been forever grateful.

One of Annette’s goals was to have her child bearing finished by her 30th birthday.  Child #3 was born in September of Annette’s 29th year and the family was complete.  But as the years passed, there were several periods of time when she did not feel complete.  In fact, at times the family felt incomplete for Annette.  But the decision had been made and, before long, they fell into complete rhythm as a family. 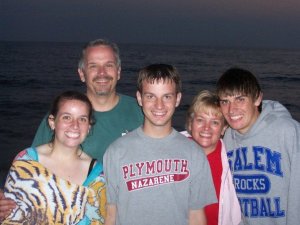 Then as Nathan, Kristen and Philip grew into their teen and college years, Dave and Annette began entertaining the idea of foster parenting.  They took the classes, had the home inspections and, before long, had their first pre-school boy to foster.  They were hooked.  The whole family was hooked.

I have never been a foster parent.  I’ve only watched THEM foster parent.  And what I have learned from watching is that if you venture into the world of fostering, you had better leave your rose colored glasses behind.

It’s work.  It’s hard work.  It’s expensive.  Sure you get a stipend, but it nowhere near covers the expenses.  It’s not something you would ever do for the money.  At least not for more than one week.  It costs time too; lots and lots of time.  Time at the kitchen table catching up on years of school work never done.  Time at offices of counselors and dentists and doctors.  Time with siblings visits.  Time helping scarred and scared children learn to sleep in a new place; time that you don’t get to sleep in your old, familiar place.  Lots and lots of time. 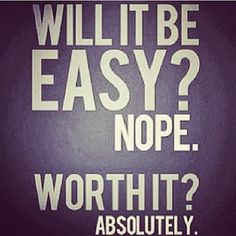 As an extended family we had fun with their calling.  It meant that we had young children at our holiday tables once again.  Once more, I was looking for trucks and dolls at Christmas.  Anticipation came with their every visit.

About six years ago, Dave and Annette had one elementary age girl.  She was high maintenance.  Very high maintenance.  Soon a call came asking if they would take two more girls – sisters.  Dave and Annette said yes because it’s just who they are.  Servants.  Givers.  Generous.  Lovers of children.  Christians.  For them, it was about introducing children to Jesus.  Giving them safe shelter, warm beds, full stomachs.  It was about BEING Jesus.  Hands and feet.  Praying parents.

Generous – it’s who they have become as a couple.  It’s their trademark.  And not because they have so much money.  It’s a place in their hearts.  And that’s were generous is supposed to reside.  The rich young ruler never understood that.  The money is what made him leave sad.  Had he given the money away?  Joy.  Contentment.  Servant.  Giver.  Generous.  Dave and Annette.

One of those two sisters was named Abigail.  Until Abby, the goodbyes required in fostering were difficult but not impossible.  Abby changed that.  She brought them back around to the buried question of whether their family was complete.  The answer?  It wasn’t.  But how do you choose to adopt one sister and not the other?  You don’t.  God takes care of those details in ways only He can. 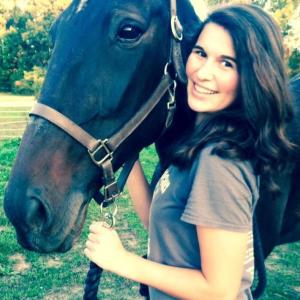 So here they were.  Beginning adoption proceedings at just the time when their friends were celebrating empty nests.  Adoption proceedings in a messy, messy, messy system.  And that’s on a good day!  Adopting a fourteen year old girl – the exact age and gender that may most often be the answer to the question, “What do you think is the most difficult child to parent?”  Adopting when they themselves were becoming grandparents. 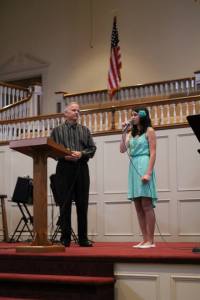 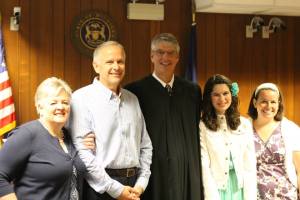 And they did it with joy.  Pure joy with everyone in the family on board.  The love was (and is) undeniable.  Complete love both ways; them for Abby and Abby for them.

Offering.  It became their offering.   Their gift.  Their grace.  And it was a gift Abby chose to receive.

The best part is we all love Abby.  Grandparents, aunts, uncles, cousins, nieces, nephews.  In her own charming way, she has completed us all.

It was God’s good plan for Abigail.  An Abigail for whom God had a plan before she even came to be.  An Abigail who even looks like her sister Kristen.

An Abigail who has painted a beautiful picture for our family of what adoption looks like.  Adoption.  God’s idea for us from the beginning of time.  For each one of us.  His good plan for you.  And for me. 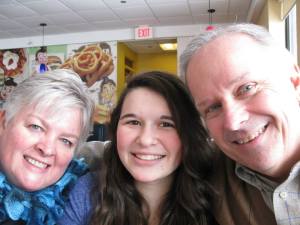 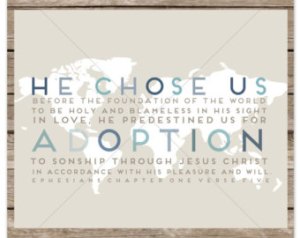